Summary Of The Case Studies

Alan Harris vividly remembers the moment he reached out for help.

“I was sitting on my couch and looked down at my left wrist and had a whole bunch of dotted lines and it said ‘cut along dotted lines.’”

The dotted line was similar to the arts and crafts projects he worked on as a grade schooler in nearby Pecos.
With all his resolve, he gathered himself and went to the hospital and that was his first contact with West Texas Centers.

“I knew if I didn’t get help I wouldn’t survive. I called everybody I could call and finally went to the hospital and West Texas Centers sent a caseworker there. They were told they had a person who was suicidal and that was in 2005.”

Harris was committed for treatment and along with the help of a strong support team progressed and became a leader in mental health advocacy in West Texas. He now sits on numerous boards for West Texas Centers and leads meetings for NAMI of West Texas – a branch of the National Association of Mental Illness touching numerous lives just as West Texas Centers touched his so many years ago. And to think, if he followed the instructions his brain was directing him to cut along the dotted lines like he had so many times in grade school, his own personal testimonial and outreach wouldn’t be available to so many people who needed the same encouragement. His story is not much different than many of the people living with mental illness. It was hidden and evolved as he began dabbling in drug and alcohol abuse. Harris recognized he needed to start over and move away from the bad elements he was experiencing in his hometown of Pecos. But after arriving in Monahans to be close to family, the problems of mental illness throttled forth and he grappled with new symptoms. The hospital stay, the contact afterwards from West Texas Centers mental health professionals and his support groups gave him hope for the first time.

“It takes so much patience to get on the right medications,”

“It took me two or three years to get my meds right. And then I had been on them for awhile and they eventually quit working. I had been awake for several days, and I couldn’t stand it any more. My mania wouldn’t shut down.”

Harris was admitted to the hospital and slowly worked his way back.

“Mental illness is for life. There is no cure. There’s medication that helps you cope with it and things that I do to help me cope with it.”
“I’m always learning. I’m not going to stop learning.”

Harris is well-known statewide for his advocacy and his

“been there, done that”

talks. He hammers home several points whether he’s leading a meeting at NAMI, advocating statewide for more assistance for mental health programs or driving to someone’s home to sit down one-on-one for someone who is struggling. He always suggests three things to do if you need help: If you’re suicidal go immediately to the emergency room.

“You can’t just walk into West Texas Centers without an appointment. But if you get to the ER, they will come and let them take care of the steps. It’s not a disgrace to be in the hospital. Not a disgrace.”
“After you leave the hospital, stay on your medications. When I say that, work with the doctor and get to work to get the best cocktail for you. What works for you may not work for me.”

Seek support after the event.

“Not everybody gets the breaks that I got, like I got with West Texas Centers. That is huge with my recovery. They are outstanding with their care for me. Actually consumers, do your best to get the best care possible.” 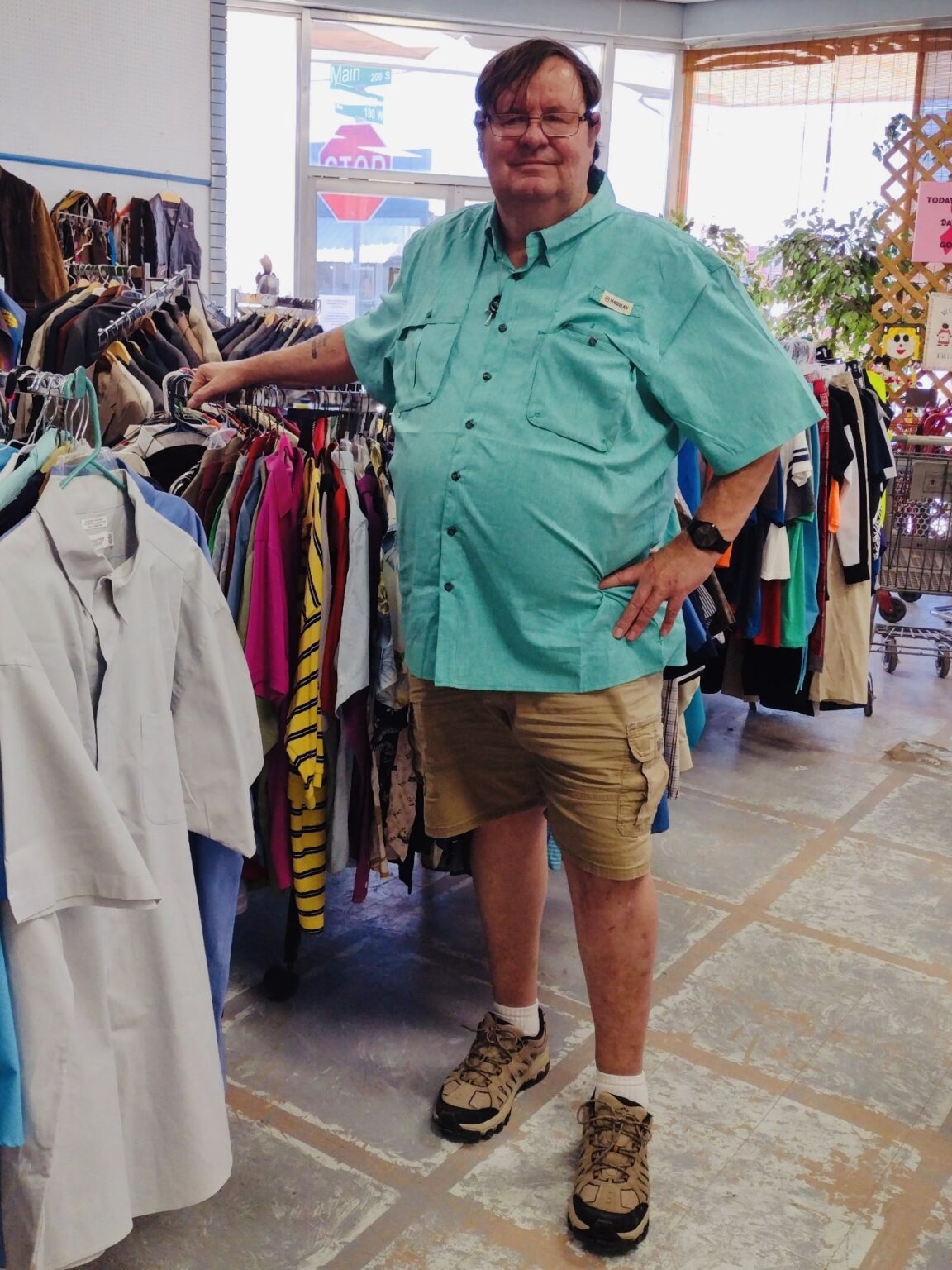